In exciting news announced this week Canberra will have around 54,000 new trees by 2024 making the nation’s capital even more attractive, liveable, and sustainable.  This is particularly good news for those suburbs in Canberra that have low tree canopy coverage and great news for the birds, insects and animals of the ACT.

Trees are the quiet achievers of our community.  They cool the temperature over summer and add to the biodiversity by providing homes and a food source for birds, insects and animals.

Research shows trees play a vital role in reducing the build-up of heat in the ACT’s urban areas by shading hard surfaces that absorb heat from the sun like playgrounds, carparks, pathways and roads.  The air around trees is cooled via the process of transpiration which increases water vapour in the air.

Trees also do some of the heavy lifting by filtering out the small particles of dust and pollution in the air.  They take carbon monoxide, carbon dioxide and nitrous oxides, sulphur dioxides from the air and provide us with oxygen.

Furthermore the large canopies help to slow down rain and reduce its impact before it hits the ground.  The root system also assists by slowing the flow of water into the stormwater.

Lastly, trees add to the character of our streets and suburbs and value to our houses as indicated in a recent Sydney study (AECOM, 2017) which showed property values could increase when there was a 10 per cent increase in street tree canopy. 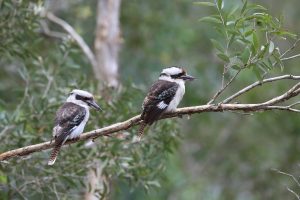